How old is: 33 years Female

Estonian singer who won the first edition of the reality singing competition Eesti Otsib Superstaari and represented Estonia at the 2013 Eurovision Song Contest. She is also a popular musical theatre actress, taking on roles like Maria Von Trapp in The Sound of Music.

Her first son with her manager Indrek Sarrap was born in October 2013. She is the third of four sisters born to Astrid and Riivu Oigemeel.

As a child, she sang in a chorus on Estonian television and studied violin at the Kohila Music School.

In 2007, she became the first non-Italian artist ever to receive the Golden Olive Award at the Italian culture festival Golden Olive.

Information about Her net worth in 2021 is being updated as soon as possible by infofamouspeople.com, You can also click edit to tell us what the Net Worth of the Birgit Oigemeel is

She and Ott Lepland have both represented Estonia at the Eurovision Song Contest.

Birgit Oigemeel's house and car and luxury brand in 2021 is being updated as soon as possible by in4fp.com, You can also click edit to let us know about this information. 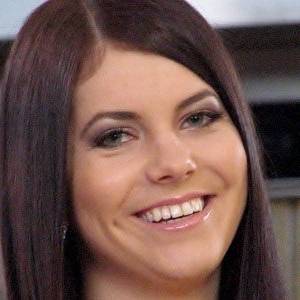