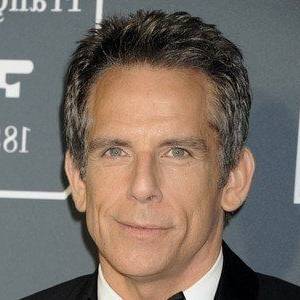 Benjamin Edward Meara Stiller (born November 30, 1965) is an American actor, comedian, producer, director, and screenwriter. He is the son of the comedians and actors Jerry Stiller and Anne Meara.After beginning his acting career with a play, Stiller wrote several mockumentaries and was offered his own show, titled The Ben Stiller Show, which he produced and hosted for its 13-episode run. Having previously acted in television, he began acting in films. He made his directorial debut with Reality Bites. Throughout his career he has written, starred in, directed, or produced more than 50 films including The Secret Life of Walter Mitty, Zoolander, The Cable Guy, There's Something About Mary, the Meet the Parents trilogy, DodgeBall, Tropic Thunder, the Madagascar series, and the Night at the Museum trilogy. He has also made numerous cameos in music videos, television shows, and films.Stiller is a member of a group of comedic actors colloquially known as the Frat Pack. His films have grossed more than $2.6 billion in Canada and the United States, with an average of $79 million per film. Throughout his career, he has received various awards and honors, including an Emmy Award, multiple MTV Movie Awards, a Britannia Award and a Teen Choice Award.

Not every comedian is a bankable star; not every bankable star can pull of a comic role. Ben Stiller is one such star who can rake in the laughs and keep the tills at the box office ringing. For someone who would like to look at the numbers to believe, his films are reputed to have grossed an average of $75 million at the box office. It's not just that his movies are hits or sleeper hits; they star a string of A-listers. Although he started out on the small screen, the move to the big screens seemed not much of a hassle for him and that was only because he could pull of comedic roles and bring not just stellar performances to the table but talent, timing, and insight into the audience's mind. A pioneer of experimenting with mediums, he ushered a series of never-before-tried mixed comedy sketches with music videos, parodies of television shows, music stars, and films. A prolific writer, director, and producer, he has also made several cameos in music videos, TV shows and films. His penchant for playing cantankerous sarcastic characters in awkward and embarrassing situations has endeared him to millions worldwide.

He married actress Christine Taylor in May 2000. The two separated in 2017. He is the son of comedic actors Jerry Stiller and Anne Meara. He has a son named Quinlin and a daughter named Ella.

He made his acting debut at age ten in a guest role on his mother's show, Kate McShane. He later acted in plays and wrote mockumentaries.

He won an MTV Movie Award for Best Villain for his role in DodgeBall: A True Underdog Story.

Ben Stiller's estimated Net Worth, Salary, Income, Cars, Lifestyles & many more details have been updated below. Let's check, How Rich is He in 2021-2022? According to Forbes, Wikipedia, IMDB, and other reputable online sources, Ben Stiller has an estimated net worth of $200 Million at the age of 56 years old in year 2022. He has earned most of his wealth from his thriving career as a Comedian, Actor, Screenwriter, Film director, Film Producer, Television Director, Television producer, Voice Actor from United States. It is possible that He makes money from other undiscovered sources

He starred in Meet the Parents, Meet the Fockers and Little Fockers with Robert De Niro.

Ben Stiller's house and car and luxury brand in 2021 is being updated as soon as possible by in4fp.com, You can also click edit to let us know about this information. 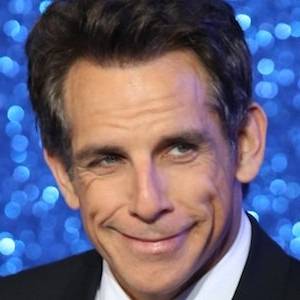