Barbara Stanwyck was an American actress, model and dancer. A stage, film, and television star, during her 60-year professional career she was known for her strong, realistic screen presence and versatility. She was a favorite of directors, including Cecil B. DeMille, Fritz Lang, and Frank Capra, and made 85 films in 38 years before turning to television.

Barbara Stanwyck was an American actress who became the highest-paid woman in the United States in early 1940s. During her era, women were mostly depicted either as damsel in distress or contented housewife, but Barbara Stanwyck was one of the few stars, who challenged the stereotype and helped to redefine women's role in contemporary Hollywood films. Born as Ruby Catherine Stevens into a working class family and orphaned at the age of four she had a very tough childhood. Brought up by her elder sister, she started smoking at the age of nine, working at the age of thirteen and had an abortion at the age of fifteen. However, all through this turmoil she was steadfast in her goal and at the age of sixteen entered the entertainment industry, winning the leading role of a cabaret dancer in 'The Noose'. After around three years at the Broadway, she entered film industry and by the age of twenty-three she established herself as a star. In a career spanning almost half a century, she acted in 85 films and several television serials. Although she failed to win any Academy Award, her talent and dedication was recognized by the Academy Honorary Award and several other lifetime achievement awards.

She had four older siblings. She married and divorced twice, first to Frank Fay and then to Robert Taylor. She adopted a child in 1932 with her first husband.

She took a job wrapping packages at a department store in Brooklyn.

She starred in Double Indemnity and cultivated a tough-girl image.

She was in The Lady Eve with Henry Fonda. 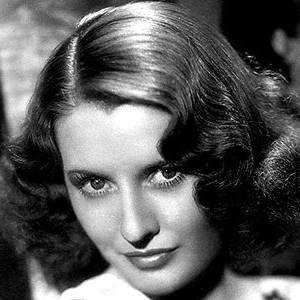