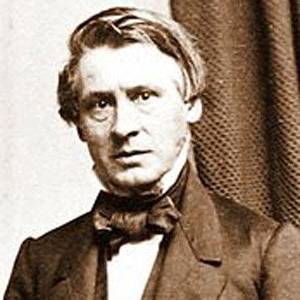 Asa Gray is considered the most important American botanist of the 19th century. His Darwiniana was considered an important explanation of how religion and science were not necessarily mutually exclusive. Gray was adamant that a genetic connection must exist between all members of a species. He was also strongly opposed to the ideas of hybridization within one generation and special creation in the sense of its not allowing for evolution. He was a strong supporter of Darwin, although Gray's theistic evolution was guided by a Creator.

Gray's Manual, a unified compendium of taxonomic information of plants in the United States, was published by an American scientist.

He was born in Sauquoit, New York, but traveled extensively throughout the United States and Europe.

He was the University of Michigan's first professor, and he was tasked with collecting books for the university's library.

The highest award of the American Society of Plant Taxonomists is named after him, The Asa Gray Award, established in 1984.

He worked closely with Charles Darwin , who dedicated his book Forms of Flowers to him.