Andrew Stephen Roddick (born 30 August 1982) is an American former world No. 1 tennis player. He is a major champion, having won the 2003 US Open. Roddick reached four other major finals (Wimbledon in 2004, 2005, and 2009, and the US Open in 2006), losing to rival Roger Federer each time. Roddick was ranked in the year-end top 10 for nine consecutive years (2002–2010) and won five Masters titles in that period. He was also a crucial player in the U.S. Davis Cup team's successful run to the title in 2007. As of June 2022, he is the most recent North American man to win a singles major (2003 US Open), the most recent to hold the world No. 1 ranking, and the most recent to claim the year-end world No. 1 ranking (which he achieved in 2003). Roddick retired from professional tennis following the 2012 US Open to focus on his work at the Andy Roddick Foundation. In retirement, Roddick played for the Austin Aces in World Team Tennis in 2015. He was also the 2015 and 2017 champion of the QQQ Champions Series. In 2017, Roddick was inducted into the International Tennis Hall of Fame. He is married to Brooklyn Decker, a swimwear model and actress.

Andrew Stephen ˜Andy' Roddick is a retired American professional tennis player who was known for his powerful play and strokes. He was born in a rich family in Nebraska. His parents supported his wishes to play sports and take part in athletics. His brothers were into playing tennis from a very young age, which inspired Roddick to play tennis professionally himself. He signed the juniors program when he was only 13 and played for Under-15 and Under-20 for some time, making a mark in the field of professional tennis. He was a Grand Slam singles champion in 2003 US Open and reached four other finals of the US open in the span of 11 years of his professional tennis career. He was famous for his very powerful serves and strikes on the court as well as for his calm and headstrong presence in front of the crowd. He was distinctively known in the media for his infamous outbursts on the playground, getting excessively angry with the umpires and linesman at the court. He retired from playing professional tennis in 2010, after his career started to face a downfall due to his shoulder and knee injuries. He got married to the American model and actress Brooklyn Decker in 2009 and lives with her in Austin, Texas.

He had a highly publicized relationship with singer/actress Mandy Moore from 2003 to 2004. He married model Brooklyn Decker in April 2009. They welcomed a son, Hank, in 2015 and a daughter in 2018.

He was known for his powerful serve, which consistently reached between 130 and 150 miles per hour.

Andy Roddick's estimated Net Worth, Salary, Income, Cars, Lifestyles & many more details have been updated below. Let's check, How Rich is He in 2021-2022? According to Forbes, Wikipedia, IMDB, and other reputable online sources, Andy Roddick has an estimated net worth of $40 Million at the age of 39 years old in year 2022. He has earned most of his wealth from his thriving career as a Tennis player, Athlete, Actor from United States. It is possible that He makes money from other undiscovered sources

He defeated Spanish tennis star Juan Carlos Ferrero to capture the 2003 US Open.

Andy Roddick's house and car and luxury brand in 2021 is being updated as soon as possible by in4fp.com, You can also click edit to let us know about this information.

Andy Roddick Could Not Believe this Tennis Serve Was IN! 🤣

Tennis Plus - 9 months ago

Tennis Most "HEARTBREAKING" Match (When a Legend Says Goodbye) 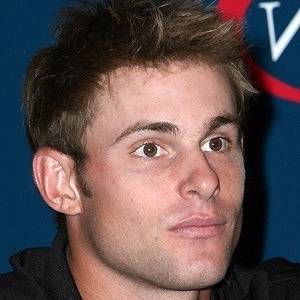