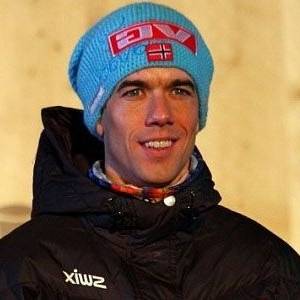 Ski jumper who represented Norway at the Winter Olympics in 2002, 2010, and 2014, winning bronze medals on both occasions. He won gold medals in the solo normal hill and team big hill events at the FIS Nordic World Ski Championships in 2013 and 2015, respectively.

In 2015, he received the Holmenkollen Medal, Norwegian skiing's highest honor.

He and Poland's Kamil Stoch are both FIS Ski Jumping World Cup champions.

Anders Bardal's house and car and luxury brand in 2021 is being updated as soon as possible by in4fp.com, You can also click edit to let us know about this information.