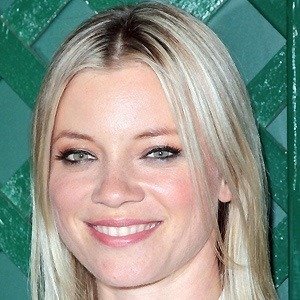 Some fact of Amy Smart

Amy Smart was born on March 26, 1976 (age 44 years) in Topanga, California, United States. She is a celebrated Actor, Fashion Model, Voice Actor. Amy Smart's height is 5′ 6″. Her the best movies are Crank (2006), The Butterfly Effect (2004), Road Trip (2000), Just Friends (2005) and Crank: High Voltage (2009). Her fiancee is Carter Oosterhouse (m. 2011). She joined tvshows named Shameless, MacGyver, Smith, Seduced by Madness.
Amy Smart is an American former model and actress. Born and brought up in California, USA, she started her modelling career in Italy. She made her acting debut in the year 1996 with the TV film ˜Her Costly Affair'. From there to starring in a minor role in the film ˜Starship Troopers', she struggled very hard. It was a hard time for her to transition from modelling to acting as the models weren't usually considered to be good actors and were mostly given smaller and inconsequential parts. But somehow, Amy refused to give up and transitioned to bigger roles eventually, starting with the series ˜The 70's' and the film ˜Varsity Blues'. She then ventured into the leading roles with the 2005's romantic comedy film ˜Just Friends', which also starred Ryan Reynolds. The film was a major box office success and Amy had finally found the recognition that she was trying for for more than a decade. She went on doing some major films, such as the ˜Crank' series opposite Jason Statham and the series ˜Shameless', where she played a well loved recurring character.

She studied ballet for ten years and debuted in the 1996 short film, A & P.

She starred in the 2005 romantic comedy, Just Friends, with Ryan Reynolds after beginning her career as a fashion model and working in four different countries.

As our current database, Amy Smart is still alive (according to Wikipedia, Last update: January 6, 2020).

She married Carter Oosterhouse in September 2011. The couple has a daughter, Flora.

She appeared on several episodes of Scrubs, which starred Zach Braff.