Laura Jeanne Reese Witherspoon is an American actress and producer. The recipient of various accolades, including an Academy Award, a British Academy Film Award, a Primetime Emmy Award, and two Golden Globe Awards, she has consistently ranked among the world's highest-paid actresses. Time magazine named her one of the 100 most influential people in the world in 2006 and 2015, and Forbes listed her among the World's 100 Most Powerful Women in 2019. In 2021, Forbes named her the world's richest actress with an estimated net worth of $400 million.Witherspoon began her career as a teenager, making her screen debut in The Man in the Moon . Her breakthrough came in 1999 with a supporting role in Cruel Intentions, and for her portrayal of Tracy Flick in the black comedy Election. She gained wider recognition for playing Elle Woods in the comedy Legally Blonde and its 2003 sequel, and for starring in the romantic comedy Sweet Home Alabama . In 2005, she gained critical acclaim and won the Academy Award for Best Actress for portraying June Carter Cash in the musical biopic Walk the Line.

Reese Witherspoon is an Academy Award winning American actress who has also made a foray into film production. Witherspoon started off as a teenage actor and through her roles in television as well as films and mini-series; she managed to get a foothold in Hollywood. She is famous for roles in films like ˜Legally Blonde', ˜Sweet Home Alabama', ˜Four Christmases' and plenty of other romantic comedies. However, it would be a mistake to typecast Reese Witherspoon as a specialist of romantic comedies since throughout her career she has come up with stupendous performances in in intense films like ˜Walk the Line', ˜Wild', ˜Vanity Fair' and ˜Rendition'. Witherspoon is one of those rare actresses who have successfully struck a balance between commercial success and critical appreciation, which is why it is not a surprise that she is considered among the most bankable stars in Hollywood. Witherspoon has also been an advocate children's and women's welfare across the world and is actively involved with the Children's Defence Fund. It is not an exaggeration to state that Reese Witherspoon is one of the greatest modern stars in Hollywood and her range of films will continue to enthral audiences for generations.

She married Ryan Phillippe in June of 1999, and the couple welcomed a daughter named Ava in September of 1999 followed by a son named Deacon in 2003. She divorced Phillippe in 2007 and married Jim Toth in 2011. She and Toth have a son named Tennessee.

She was selected to become a fashion model for a florist television advertisement at age seven.

She voiced the lead character Susan Murphy, aka Ginormica, in the 2009 animated feature Monsters vs. Aliens.

Reese Witherspoon's estimated Net Worth, Salary, Income, Cars, Lifestyles & many more details have been updated below. Let's check, How Rich is She in 2021-2022? According to Forbes, Wikipedia, IMDB, and other reputable online sources, Reese Witherspoon has an estimated net worth of $300 Million at the age of 46 years old in year 2022. She has earned most of her wealth from her thriving career as a Actor, Film Producer, Businessperson, Voice Actor from United States. It is possible that She makes money from other undiscovered sources

She starred with Vince Vaughn in the 2007 film Four Christmases.

Reese Witherspoon's house and car and luxury brand in 2021 is being updated as soon as possible by in4fp.com, You can also click edit to let us know about this information. 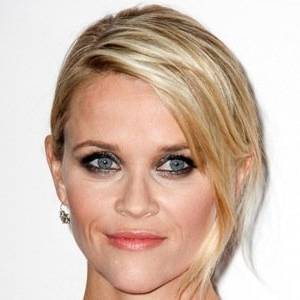