She is well known as a screenwriter, director, and producer for her indie films, such as Gas, Food Lodging from 1992. In 2013, she was nominated for an Emmy Award for directing Ring of Fire, a television film about Johnny Cash's love affair with June Carter.

Her father abandoned her mother and siblings when she was four years old.

She graduated from UCLA's School of Cinematic Arts.

She suffered a mental breakdown and had to be hospitalized at the age of 15. She has since recovered.

Information about Her net worth in 2021 is being updated as soon as possible by infofamouspeople.com, You can also click edit to tell us what the Net Worth of the Allison Anders is

She is alive and well and is a celebrity author

She is 67 years old. Her height is Unknown & weight is Not Available now. Her measurements, clothes & shoes size is being updated soon or you can click edit button to update Her height and other parameters.

She has been friends with the band Duran Duran, including lead singer, Simon LeBon , since the 1980s.

Allison Anders's house and car and luxury brand in 2021 is being updated as soon as possible by in4fp.com, You can also click edit to let us know about this information.

● Born on November 16, 1954 (age 67) in Ashland, Kentucky, United States ● She is a celebrity author ● Her the best movies are Four Rooms (1995), Mi Vida Loca (1993), Gas Food Lodging (1992), Grace of My Heart (1996) and Things Behind the Sun (2001) ● Her popular book is Four Rooms - Four Friends Telling Four Stories Making One Film● The parents of Allison Anders are Rachel Anders, Bob Anders● She had 3 children Tiffany Anders, Devon Anders, Ruben Goodbear Anders● Allison Anders has 2 siblings in Her family: Dominique, Luanna Anders 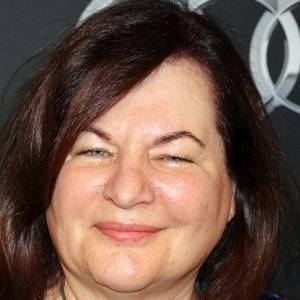