Alan Khan was born on December 17, 1971 (age 51) in South Africa. He is a celebrity radio host. Alan Khan's Life Path Number is 2 as per numerology. His education: Durban University of Technology. Most well known for hosting programs or holding executive positions with South Africa's Lotus FM, Jacaranda 94.2, and Jacaranda RMFM radio stations, he is also notable for his corporate association with the Durban University of Technology. More information on Alan Khan can be found here. This article will clarify Alan Khan's Bio, Wikipedia, Age, Birthday, Height, lesser-known facts, and other information. (Please note: For some informations, we can only point to external links)

Alan Khan was born in 12-17-1971. That means he has life path number 2. In 2023, His Personal Year Number is 9. After attending the journalism program at the Durban University of Technology, he graduated from the University of KwaZulu-Natal's graduate business school and also studied broadcast journalism at Georgetown University in the United States.

The Numerology of Alan Khan

Alan Khan's Life Path Number is 2 as per numerology, it means he is motivated by community, harmony, and relationships. Life path 2s are peacekeepers who aim to achieve balance, specifically when it comes to their relationships. They're sensitive empaths, so they can pick up the emotions of others, and they're generally reserved and kindhearted.

Early in his career, he co-hosted a Durban radio program called BIG Breakfast with Sorisha Naidoo. In 2015, he was inducted into the South African Radio Hall of Fame.

Information about His net worth in 2023 is being updated as soon as possible by infofamouspeople.com, You can also click edit to tell us what the Net Worth of the Alan Khan is

Alan Khan's house, cars and luxury brand in 2023 will be updated as soon as possible, you can also click edit to let us know about this information.

Alan Khan was born on December 17, 1971 (age 49) in South Africa. He is a celebrity radio host and Alan was inducted into the South African Radio Hall of Fame in April 2015. He attended Durban University of Technology where he studied Journalism, majoring in Broadcasting and Political Science. 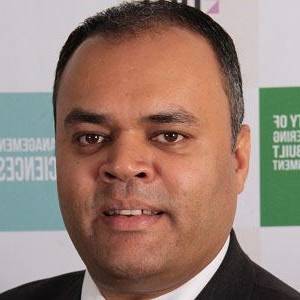