At the age of 21, this versatile entertainer became the youngest presenter on Capital FM, earning his first radio show on one of the biggest broadcasters in the UK. He became a presenter of Adidas' Gamedayplus in 2014.

He was born in Los Angeles and acquired dual citizenship in the US and the UK. His parents are Shirlie Holliman and Martin Kemp and he has a sister named Harley.

He signed a record deal with Universal Music when he was 15 years old. He started uploading videos to YouTube in the summer of 2013 with his channel Pitch Invasion TV. He then started making prank videos as well as impression and comedy content.

He became the face of 4Music's Epic News show and The Sun Football's The Magic Spray. He has also modeled, doing campaigns for TopMan and DropDead.

Information about His net worth in 2021 is being updated as soon as possible by infofamouspeople.com, You can also click edit to tell us what the Net Worth of the Roman Kemp is

He has had the opportunity to interview some of the most well recognized soccer players in the world for Gamedayplus, including Steven Gerrard, Gareth Bale, and Bastian Schweinsteiger.

Roman Kemp's house and car and luxury brand in 2021 is being updated as soon as possible by in4fp.com, You can also click edit to let us know about this information. 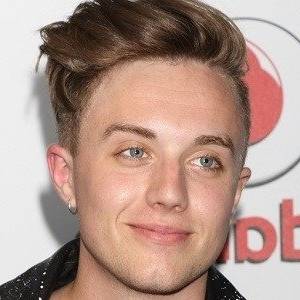