Talented actor who appeared in the Jane Doe series of TV movies and supplied voices for several animated features. His other credits include Wizards of Waverly Place and Adventure Time.

His brothers Josh Shada and Jeremy Shada are also actors.

His first on-screen appearance was in a 2002 episode of According to Jim.

He did a variety of voices for small parts in Ice Age: The Meltdown.

Zack Shada's house and car and luxury brand in 2021 is being updated as soon as possible by in4fp.com, You can also click edit to let us know about this information. 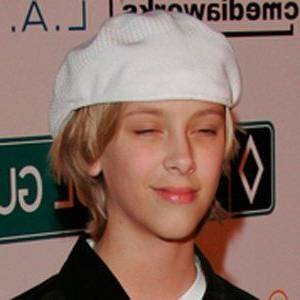