William Harkness was born on December 17, 1837 (age 65) in Scotland. He is a celebrity scientist.

19th-century astronomer who designed telescopes and served on the Transit of Venus commission. He also invented the spherometer caliper.

He was born in Ecclefechan, Scotland to James Harkness and Jane Wield Harkness.

He studied at Lafayette College in Pennsylvania and at the University of Rochester (New York state) before moving to New York City to train as a physician. During the Civil War, he worked as a Union Army surgeon.

He published his most important scientific work, The Solar Parallax and its Related Constants, in 1891.

He and Nobel Prize-winning chemist, Peter Agre, both held the position (a century apart) of president of the American Association for the Advancement of Science. 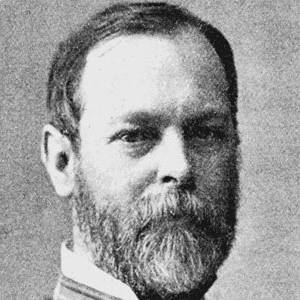