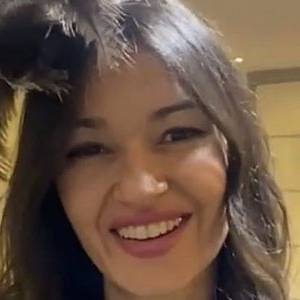 Vladana Vučinić was born on July 18, 1986 (age 36) in Podgorica, Montenegro. She is a celebrity songwriter.

Singer-songwriter from Montenegro best known for performing her song "Breathe" as Montenegro's entry in the 2022 Eurovision Song Contest. Despite making it to the contest's semifinals, she was unable to advance to the finals. She released Sinner City, her debut and sole studio album, in 2010, and has subsequently released a number of singles.

Her grandfather was the Head of the Association of Stage Artists of North Macedonia and managed the Macedonian singing group Magnifico.

She studied at the Montenegrin State Faculty of Political Science and earned a journalism degree.

In 2009, she released her first single in English, which was titled "Bad Girls Need Love Too." In 2017, she launched an online fashion magazine that featured Montenegrin designers and editorials.

Vladana Vučinić's house and car and luxury brand in 2021 is being updated as soon as possible by in4fp.com, You can also click edit to let us know about this information.