Christopher Alvin Stapleton is an American singer-songwriter, guitarist, and record producer. He was born in Lexington, Kentucky, and grew up in Staffordsville, Kentucky. In 2001, Stapleton moved to Nashville, Tennessee, to pursue an engineering degree from Vanderbilt University but dropped out to pursue his career in music. Subsequently, Stapleton signed a contract with Sea Gayle Music to write and publish his music.As of 2018, Stapleton has amassed credits writing and co-writing over 170 songs. He has co-written six number-one country songs including Kenny Chesney's five-week number-one "Never Wanted Nothing More", Josh Turner's "Your Man", George Strait's "Love's Gonna Make It Alright", and Luke Bryan's "Drink a Beer". His songs have appeared on many artists' albums including Adele, Kelly Clarkson, Brad Paisley, Dierks Bentley, and Taylor Swift. He has co-written with several artists as well including Vince Gill, Peter Frampton, Sheryl Crow, and Ed Sheeran.As a vocalist, Stapleton sang lead in two bands before he started recording as a solo artist including a bluegrass ensemble from 2008 to 2010 called the SteelDrivers and the Jompson Brothers. After that, he released his solo debut: the critically acclaimed studio album titled Traveller , which reached number one on the US Billboard 200 and was certified four-times platinum by the Recording Industry Association of America . His version of "Tennessee Whiskey" was certified Diamond by the RIAA. His second studio album From a Room: Volume 1 was released in May 2017, and earned him a second CMA Award for Album of the Year and also a Grammy Award for Best Country Album. From a Room: Volume 2 was released in December 2017. Stapleton released his fourth studio album Starting Over in 2020, for which he won his third Grammy for Best Country Album. The title track was issued as its lead single.

Country songwriter and singer who has written more than 150 songs for other artists, including "Never Wanted Nothing More" for Kenny Chesney and "Come Back Song" for Darius Rucker. In 2015, he released his debut album Traveller, which peaked at number two on the U.S. country charts.

He married Morgane Stapleton in 2007 and they have a son and a daughter together. In April 2018, the couple welcomed twin boys.

He grew up in Paintsville, Kentucky and moved to Nashville, Tennessee in 2001. He fronted the Grammy-nominated bluegrass band The SteelDrivers from 2008 to 2010.

He has contributed music to the soundtracks of films like Valentine's Day and Cars 2.

Chris Stapleton's estimated Net Worth, Salary, Income, Cars, Lifestyles & many more details have been updated below. Let's check, How Rich is He in 2021-2022? According to Forbes, Wikipedia, IMDB, and other reputable online sources, Chris Stapleton has an estimated net worth of $12 Million at the age of 44 years old in year 2022. He has earned most of his wealth from his thriving career as a Singer-songwriter, Singer from United States. It is possible that He makes money from other undiscovered sources

He co-wrote the single "Love's Gonna Make It Alright," which was recorded by George Strait in 2011.

Chris Stapleton's house and car and luxury brand in 2021 is being updated as soon as possible by in4fp.com, You can also click edit to let us know about this information. 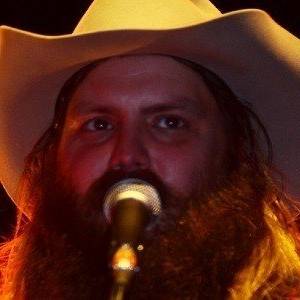