Actor and stuntman who rose to fame for his role as Mini-Me in the Austin Powers franchise. He also appeared in Men in Black and portrayed the Wee Waiter in Fear and Loathing in Las Vegas.

His mother Susan was a factory worker and his father Reuben was a repairman. He was in a relationship with actress Brittney Powell.

He was born with cartilage-hair hypoplasia dwarfism. He debuted as a stunt double for a nine-month-old baby in John Hughes' film Baby's Day Out.

He played a Goblin in the Harry Potter films. 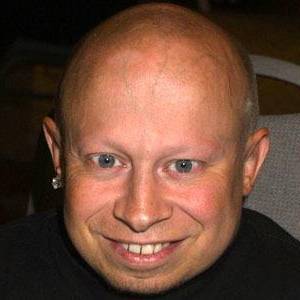