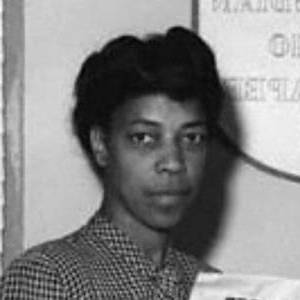 Feminist, dramatist, poet, and radio host Jamaican activist. She was a key figure in the canonization of Caribbean literature and one of the most well-known activists of the 20th century. She discussed Jamaican black women's beauty standards in the poems "Little Brown Girl," "Black is Fancy," and "Kinky Hair Blues."

She was born in Santa Cruz, Jamaica to Rev. Solomon Isaac Marson and Ada Wilhelmina Mullins. She was one of six children.

When she was hired as an assistant editor for the Jamaican political journal Jamaica Critic in 1926, she began her career in literature. The Tropic Reveries, her debut book of poetry, was released in 1930. At What a Price, her debut play, was written by her in 1931.

She helped create many of the literary and artistic institutions in Jamaica, including Kingston Readers and Writers Club and the Kingston Drama Club. She also founded the Jamaica Save the Children Fund.

Through her radio program, Caribbean Voices, she got to meet many contemporary writers, including TS Eliot and George Orwell.

● Una Marson was born on February 6, 1905 (age 60) in Saint Elizabeth Parish, Jamaica ● She is a celebrity activist