Trevor Flanagan-Tordjman is a Canadian dancer, choreographer, singer, and actor who plays James in the mockumentary teen-drama series ˜The Next Step', and its spin-off, ˜Lost And Found Music Studios'. Dancing since the age of four, initially under the tutelage of his mother, he considered it as a future profession for the first time when he was 12 years old. Since then, he has learned ballet, jazz, hip-hop, breakdance, lyrical, and tap, with special attention to hip-hop and breakdance. He gained valuable experience by appearing in national ad campaigns for ˜Coca-Cola' and ˜The Family Channel,' and in music videos of Victoria Duffield and Shawn Desman. He was cast in the 2015 TV-movie ˜Full Out'. He has appeared in short films, such as ˜Bartholomew' (2016) and ˜Prom Night' (2017) and is set to appear in the upcoming Disney Channel movie ˜Zombies'.

His mother owns a dance studio called Confidance. He has three siblings, including his brother Steven, who also have been dancing their whole lives.

He started dancing when he was just 4 years old.

He danced in a music video for singer Victoria Duffield.

Trevor Tordjman's house and car and luxury brand in 2021 is being updated as soon as possible by in4fp.com, You can also click edit to let us know about this information. 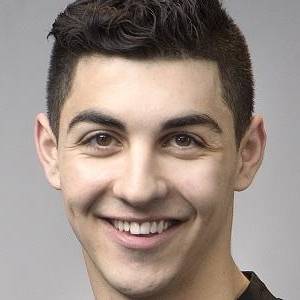