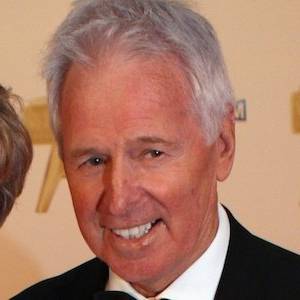 Anthony Ferraro Louis Barber is a British Australian Gold Logie award-winning television game show host, radio announcer singer and media personality, who has been active in the industry since the early 1960s.

A television game show host who is most known for hosting the game shows Sale of the Century and the popular Great Temptation, which aired on The Seven Network.

He has two daughters, Kelly and Jacqueline.

He was in the Royal Australian Navy for seven years before he ventured into the television industry.

He hosted the Australian version of Wheel of Fortune beginning in the year, 1996.

He has also hosted the Australian version of Jeopardy which has been hosted by Alex Trebec in the U.S. edition.

Tony Barber's house and car and luxury brand in 2021 is being updated as soon as possible by in4fp.com, You can also click edit to let us know about this information.