Over the course of his three-decade career, this Northern Irish footballer played for his country's national team, as well as for Leeds United, Bournemouth, Newcastle United, Portsmouth, and Bristol City, and also managed several football clubs, including Gloucester City and the Northern Ireland Youth Team.

He spent his youth in Comber, Northern Ireland, and lived out the last days of his life in Somerset, England. He and his wife Margaret raised two children; his grandson Connor Pain also had a career as a footballer.

He played his youth career for the Belfast YMCA and the East Belfast Football Club and went on to make his senior career debut for the Bangor F.C.

He and Harry Gregg both played for Northern Ireland in the finals leading up to the 1958 FIFA World Cup. 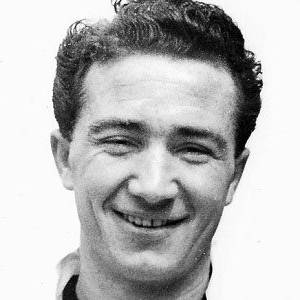