Thomas Leo Clancy Jr. was an American novelist. He is best known for his technically detailed espionage and military-science storylines set during and after the Cold War. Seventeen of his novels have been bestsellers and more than 100 million copies of his books have been sold. His name was also used on movie scripts written by ghostwriters, nonfiction books on military subjects occasionally with co-authors, and video games. He was a part-owner of his hometown Major League Baseball team, the Baltimore Orioles of the American League, and vice-chairman of their community activities and public affairs committees.

Innate storytelling ability, witty dialogues, realistic characters, exhaustive and meticulous description are few of the trademark signs of Tom Clancy's novels. A master of fiction and non-fiction, he was responsible for conceiving the character of Jack Ryan. An insurance agent by profession, Clancy's love for writing was a long cherished one. He started writing novels in his pastime soon turning his hobby into his passion and eventually his career. Right from his debut novel, he was a huge hit among the readers and the critics alike. His first novel, ˜The Hunt for Red October' gave the readers a perfect example of his distinctive writing style and inherent storytelling skills. The work was much appreciated by the then US President Ronald Reagan as well, who commented it to be my kind of yarn. The compliment was enough to boost the sales of the book which zoomed to 300,000 hardcover and 2 million paperback copies. Over the years, about seventeen of his novels achieved the bestselling status with more than 100 million of his books in print. He was responsible for expanding and redefining the genre of fiction. Most of his novels have been developed into television series, films and video games.

He and his two siblings were born in Baltimore, Maryland to Catherine Clancy and U.S. Postal Service worker, Thomas Clancy. His first wife, Wanda Thomas King, died in 1999, and he subsequently married journalist Alexandra Llewllyn. He had five children.

He studied English at Loyola College in Baltimore. Following his graduation, he spent some time running an independent insurance agency before making his writing debut.

In addition to being a writer, he also became a partial owner of the Baltimore Orioles.

He sold more than two million copies of Clear and Present Danger on the book's first printing. Author J.K. Rowling accomplished the same feat with her Harry Potter series. 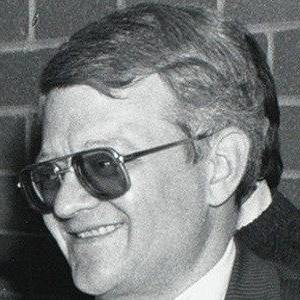