Toby McDonough is the youngest member of the Orlando based American rock and pop band ˜Before You Exit'. He started singing as a member of the local church choir and went on to join his elder brother's band as a vocalist at the age of 12. He also plays the guitar, piano and synthesiser. His first performance with the band was for the song ˜What Makes You Beautiful' that became an instant hit. He is also known to be the best dancer of the group. Soon after he joined the band they were invited to perform at Brazil's 2012 NoCapricho Festiva where Toby proved himself to be a professional artist. His band has released three EPs and six singles that have become popular globally. Their single ˜Model' peaked at number one on the iTunes charts in the Philippines and won the annual Macy's iHeartRadio Rising Star contest. Toby is active on social media and has a large following of fans who adore him a lot.

He was born in Tampa, Florida.

He joined the band in 2012, and together they released their first standout single "I Like That," a tune filled with tenderly romantic lyrics and a big pop-rock beat.

He and the band work daily to make their way to the top without failing to recognize what has gotten them to where they are along the way.

Information about His net worth in 2021 is being updated as soon as possible by infofamouspeople.com, You can also click edit to tell us what the Net Worth of the Toby McDonough is

He joined his brothers Connor McDonough and Riley McDonough in Before You Exit.

Toby McDonough's house and car and luxury brand in 2021 is being updated as soon as possible by in4fp.com, You can also click edit to let us know about this information. 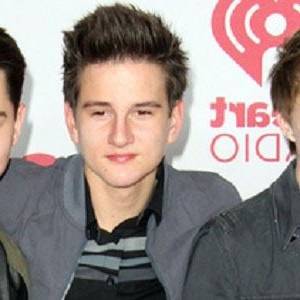