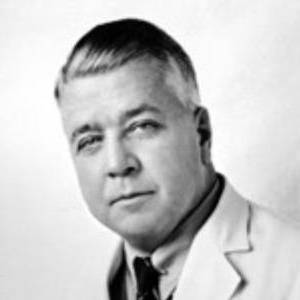 Thomas Milton Rivers (September 3, 1888 – May 12, 1962) was an American bacteriologist and virologist. He has been described as the "father of modern virology."

Scientist whose work at the Rockefeller Institute for Medical Research is particularly notable for his findings. He progressed through the ranks during World War II, becoming an Admiral while serving in the South Pacific and conducting medical research.

While in Baltimore, he met his wife, Teresa Jacobina Riefle. They lived together in Baltimore before moving to Forest Hills, New York.

He entered Johns Hopkins Medical School in Baltimore, Maryland after earning his degree from Emory College in 1909.

In 1934, he was elected to the National Academy of Sciences.

He shares a birthday with Charlie Sheen.

● Thomas Milton Rivers was born on September 3, 1888 (age 73) in Georgia, United States ● He is a celebrity virologist

Top 10 Scientists, virologists of the year 2021 by vote