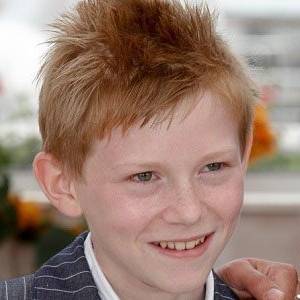 Thomas Doret (born 10 December 1996) is a Belgian actor, best known for playing the role of Cyril in The Kid with a Bike, and as Coco in Renoir.

A Belgian actor prominently known for his portrayal of Cyril in the 2011 drama The Kid with a Bike, and for his role as Coco in the 2012 film Renoir.

His father was a warehouseman and manual laborer while his mother was a printer.

Born in Seraing, Belgium, he studied karate and tennis at the age of 6. Shortly after, he attended the Athénée Royal Air Pur of Seraing.

In 2013, he was granted the honor of participating as Chairman of the Youth Jury at the International Thriller Film Festival of Liège.

He acted alongside Michel Bouquet in the 2012 film Renoir.

Thomas Doret's house and car and luxury brand in 2021 is being updated as soon as possible by in4fp.com, You can also click edit to let us know about this information.