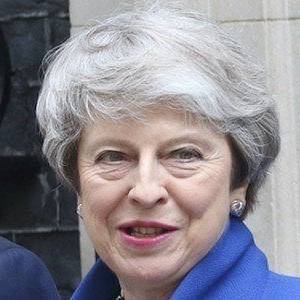 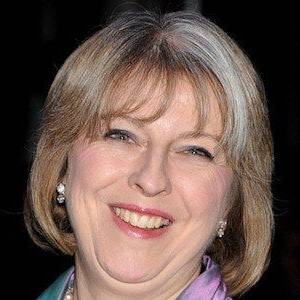 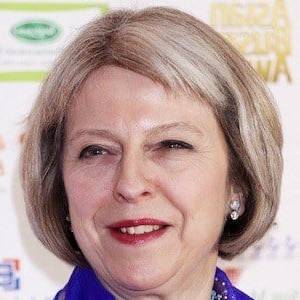 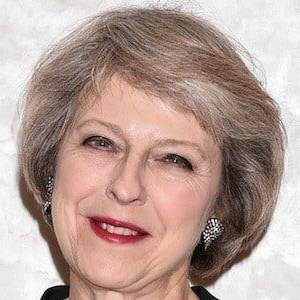 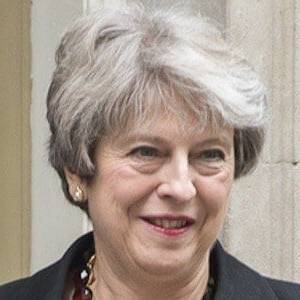 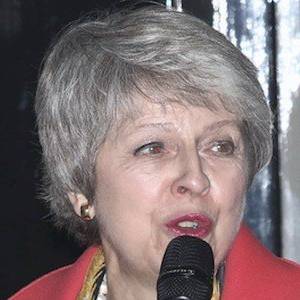 Theresa May
Politician
#2423
Most Popular
★ Boost

Theresa Mary, Lady May is a British politician who served as Prime Minister of the United Kingdom and Leader of the Conservative Party from 2016 to 2019. She served as Home Secretary from 2010 to 2016 in the Cameron government and has been the Member of Parliament for Maidenhead in Berkshire since 1997. Ideologically, May identifies herself as a one-nation conservative.May grew up in Oxfordshire and attended St Hugh's College, Oxford. After graduating in 1977, she worked at the Bank of England and the Association for Payment Clearing Services. She also served as a councillor for Durnsford in Merton. After two unsuccessful attempts to be elected to the House of Commons, she was elected as the MP for Maidenhead in 1997. From 1999 to 2010, May held several roles in shadow cabinets. She was also Chairman of the Conservative Party from 2002 to 2003. Following the formation of the coalition government after the 2010 general election, May was appointed Home Secretary and Minister for Women and Equalities but gave up the latter role in 2012. Reappointed after the Conservative success in the 2015 general election, she became the longest-serving Home Secretary in over 60 years. During her tenure she pursued reform of the Police Federation, implemented a harder line on drugs policy including the banning of khat and brought in additional restrictions on immigration. She also oversaw the introduction of elected police and crime commissioners, the deportation of Abu Qatada and the creation of the College of Policing and the National Crime Agency.In July 2016, after David Cameron resigned, May was elected Conservative Party leader and became the UK's second female prime minister after Margaret Thatcher. She is the first, and to date, the only woman to hold two of the Great Offices of State. She began the process of withdrawing the UK from the European Union, triggering Article 50 in March 2017. The following month, she announced a snap general election, with the aims of strengthening her hand in Brexit negotiations and highlighting her "strong and stable" leadership. This resulted in a hung parliament in which the number of Conservative seats had fallen from 330 to 317, despite the party winning its highest vote share since 1983. The loss of an overall majority prompted her to enter a confidence and supply arrangement with the Democratic Unionist Party of Northern Ireland to support a minority government. May survived a vote of no confidence from Conservative MPs in Dece

Theresa May is the current Prime Minister of the United Kingdom, in office since July 2016. She is also the Leader of the Conservative Party and has been the Home Secretary since 2010. The country's second female Prime Minister after fellow Conservative Margaret Thatcher, May is a highly experienced politician who took over as UK's PM from David Cameron during a period of political uncertainty following Britain's withdrawal from the European Union. The daughter of a Church of England clergyman, May was ambitious from the very beginning. She went to a local grammar school before going to Oxford University to study geography at St Hugh's College. She embarked on a banking career and a few years hence she joined the Association for Payment Clearing Services. She entered the political arena in the 1980s and served as a councilor for the London Borough of Merton for around eight years. With her political aspirations on the rise, she made attempts to be elected to the House of Commons in 1992 and 1994, albeit unsuccessfully. After her successful election as the MP for Maidenhead in the 1997 general election, her career has been on the upswing. As a politician she has strong views on migration laws and is a supporter of same sex marriages.

The child of Zaidee Barnes Brasier and Anglican cleric Hubert Brasier, she spent her childhood in Sussex and Oxfordshire, England. Her marriage to Philip John May began in late 1980.

Theresa May Before Fame

Before becoming a member of Parliament in the late 1990s, she earned a bachelor's degree in geography from the University of Oxford and worked for the Bank of England.

Although she supported the UK remaining in the EU, it was the vote to leave that ultimately led to her being appointed Prime Minister.

Theresa May's estimated Net Worth, Salary, Income, Cars, Lifestyles & many more details have been updated below. Let's check, How Rich is She in 2021-2022? According to Forbes, Wikipedia, IMDB, and other reputable online sources, Theresa May has an estimated net worth of $5 Million at the age of 65 years old in year 2022. She has earned most of her wealth from her thriving career as a politician from England. It is possible that She makes money from other undiscovered sources

She was appointed to high-ranking political positions under the administration of Prime Minister David Cameron, whom she eventually succeeded.

Theresa May's house and car and luxury brand in 2021 is being updated as soon as possible by in4fp.com, You can also click edit to let us know about this information.

Facts About Theresa May 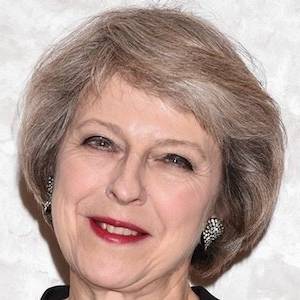