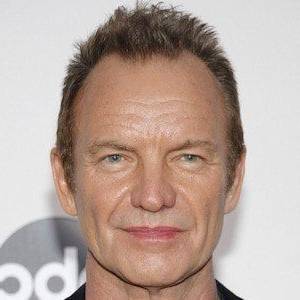 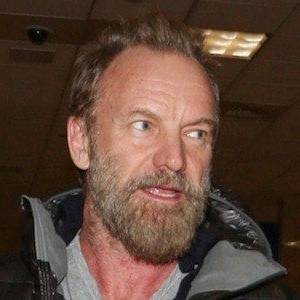 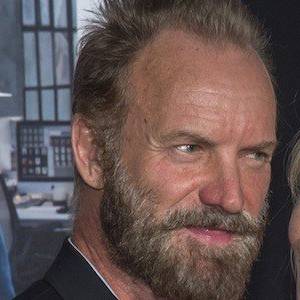 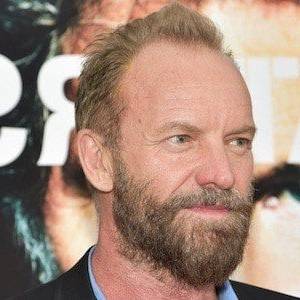 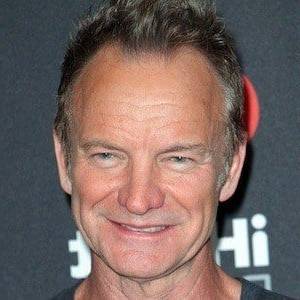 Gordon Matthew Thomas Sumner , known as Sting, is an English musician, singer, songwriter and actor. He was the frontman, songwriter and bassist for new wave rock band the Police from 1977 to 1984. He launched a solo career in 1985 and has included elements of rock, jazz, reggae, classical, new-age, and worldbeat in his music.As a solo musician and a member of the Police, Sting has received 17 Grammy Awards: he won Song of the Year for "Every Breath You Take", three Brit Awards, including Best British Male Artist in 1994 and Outstanding Contribution in 2002, a Golden Globe, an Emmy and four nominations for the Academy Award for Best Original Song. In 2019, he received a BMI Award for "Every Breath You Take" becoming the most-played song in radio history. In 2002, Sting received the Ivor Novello Award for Lifetime Achievement from the British Academy of Songwriters, Composers and Authors and was also inducted into the Songwriters Hall of Fame. He was inducted into the Rock and Roll Hall of Fame as a member of the Police in 2003. In 2000, he received a star on the Hollywood Walk of Fame for recording. In 2003, Sting received a CBE from Elizabeth II at Buckingham Palace for services to music. He was made a Kennedy Center Honoree at the White House in 2014 and was awarded the Polar Music Prize in 2017.With the Police, Sting became one of the world's best-selling music artists. Solo and with the Police combined, he has sold over 100 million records. In 2006, Paste ranked him 62nd of the 100 best living songwriters. He was 63rd of VH1's 100 greatest artists of rock, and 80th of Q magazine's 100 greatest musical stars of the 20th century. He has collaborated with other musicians on songs such as "Money for Nothing" with Dire Straits, "Rise & Fall" with Craig David, "All for Love" with Bryan Adams and Rod Stewart, "You Will Be My Ain True Love" with Alison Krauss, and introduced the North African music genre raï to Western audiences through the hit song "Desert Rose" with Cheb Mami. In 2018, he released the album 44/876, a collaboration with Jamaican musician Shaggy, which won the Grammy Award for Best Reggae Album in 2019.

Multi-instrumentalist and singer for The Police, known for such hits as "Don't Stand So Close to Me" and "Message in a Bottle." He also became a successful solo artist, releasing his first album The Dream of the Blue Turtles in 1985, followed by ten more albums the next two decades.

He married actress Frances Tomelty on May 1, 1976, and later actress and film producer Trudie Styler on August 20, 1992. He has three sons and three daughters.

He would deliver milk early in the morning with his father back when he went by his birth name Gordon Matthew Thomas Sumner.

He was inducted into both the Rock and Roll Hall of Fame and the Songwriters Hall of Fame.

Sting's estimated Net Worth, Salary, Income, Cars, Lifestyles & many more details have been updated below. Let's check, How Rich is He in 2021-2022? According to Forbes, Wikipedia, IMDB, and other reputable online sources, Sting has an estimated net worth of $550 Million at the age of 70 years old in year 2022. He has earned most of his wealth from his thriving career as a Musician, Multi-instrumentalist, Composer, Singer-songwriter, Actor, Record producer, Teacher, Film Score Composer from England. It is possible that He makes money from other undiscovered sources

He recorded a new version of the song "Let Your Soul Be Your Pilot" as a duet with Matthew Morrison.

Sting's house and car and luxury brand in 2021 is being updated as soon as possible by in4fp.com, You can also click edit to let us know about this information.

Sting - Shape Of My Heart (Live In Paris At The Pantheon)

Sting - Message In A Bottle (Live In Paris At The Pantheon)

Sting - Fragile (Live In Paris At The Pantheon)

Sting - Rushing Water (Live In Paris At The Pantheon)

Sting - For Her Love (Live In Paris At The Pantheon)

Sting - If It's Love (Live In Paris At The Pantheon) 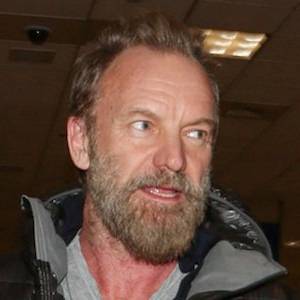