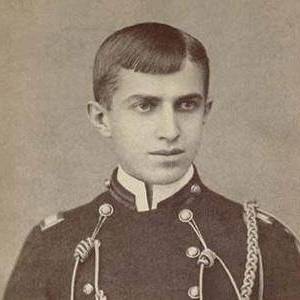 Stephen Crane was an American poet, novelist, and short story writer. Prolific throughout his short life, he wrote notable works in the Realist tradition as well as early examples of American Naturalism and Impressionism. He is recognized by modern critics as one of the most innovative writers of his generation.

He and his twelve siblings were born to Methodist Episcopal minister, Jonathan Townley Crane, and minister's daughter, Mary Helen Peck Crane. Stephen Crane had an affair with Lily Brandon Munroe, a married woman who was estranged from her husband.

When he was eight years old, he wrote his first poem, "I'd Rather Have-," about the fact that he wanted a dog for Christmas. He later trained for a military career at Claverack College and took an English course at Syracuse University; however, he abandoned both his military and educational aspirations to become a full-time writer.

Although he died of tuberculosis at the age of twenty-eight, he wrote many works in his short lifetime and is considered one of the most important writers of his generation.

He greatly influenced the literary development of author Ernest Hemingway.