Stanley Tucci Jr. is an American actor and filmmaker. Involved in acting from a young age, he made his film debut in John Huston's Prizzi's Honor , and continued to play a variety of supporting roles in films such as Woody Allen's Deconstructing Harry , Sam Mendes's Road to Perdition , and Steven Spielberg's The Terminal . In 1996, he made his directorial debut with the cult comedy Big Night which he also co-wrote and starred in alongside Tony Shalhoub. He also played Stanley Kubrick in the television film The Life and Death of Peter Sellers. Tucci is also known for his collaborations with Meryl Streep in films such as The Devil Wears Prada and Julie & Julia . Tucci gained further acclaim and success with such films as Burlesque , Easy A , Captain America: The First Avenger , Margin Call , The Hunger Games film series , Spotlight , Beauty and the Beast , and Supernova .

Stanley Tucci is an actor, filmmaker, screenwriter, and author from America. He is unarguably one of the most prominent and popular character actors working in the industry today. After graduating with an acting degree from SUNY Purchase like many of his contemporary colleagues, Tucci starred in the Broadway play ˜The Queen and the Rebels' in 1982. He made his screen debut three years later in the black comedy ˜Prizzi's Honor'. In the early phase of his career, he appeared in a series of small yet memorable roles in both films and television shows, effectively gathering experience as well as getting better at his craft. He starred as the titular character in his breakthrough television film ˜Winchell', which earned him both Golden Globe and Primetime Emmy awards. Over the course of his 35-year career, he has appeared in films representing every genre, working with some of the biggest stars in Hollywood and enriching the projects with his unique brand of humour and pathos. Not only most of his works have been praised by the critics, many of them are huge box-office hits as well. He received an Oscar nod for the 2009 supernatural drama ˜The Lovely Bones'.

In 1995 he married Kathryn Spath-Tucci and they remained married until she lost her battle to breast cancer in 2009. They had three children together. He later married Felicity Blunt, the sister of Emily Blunt. Together they welcomed a son named Matteo. In March 2018, they announced they were expecting another child together. His sister is Christine Tucci and his brother-in-law is John Krasinski.

He began his career on Broadway in the Queen and the Rebels. In 1985, he made his film debut in Prizzi's Honor.

Stanley Tucci's estimated Net Worth, Salary, Income, Cars, Lifestyles & many more details have been updated below. Let's check, How Rich is He in 2021-2022? According to Forbes, Wikipedia, IMDB, and other reputable online sources, Stanley Tucci has an estimated net worth of $25 Million at the age of 61 years old in year 2022. He has earned most of his wealth from his thriving career as a Actor, Screenwriter, Television producer, Film Producer, Film director, Writer, Voice Actor from United States. It is possible that He makes money from other undiscovered sources

He appeared opposite Emma Stone in the 2010 comedy Easy A.

Stanley Tucci's house and car and luxury brand in 2021 is being updated as soon as possible by in4fp.com, You can also click edit to let us know about this information. 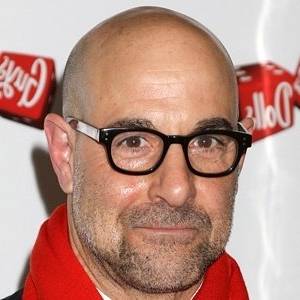