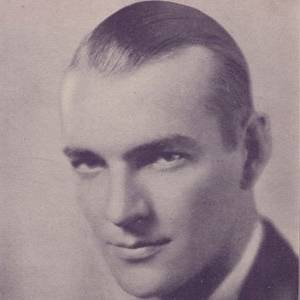 Sykes "Smith" Ballew (January 21, 1902 – May 2, 1984) was an American actor, sophisticated singer, orchestra leader, and a western singing star. He also was billed as Buddy Blue, Charles Roberts, and Billy Smith.

As one of the most popular singing cowboys, he became a famous actor on Paramount's series of musical westerns. His musical talents ranged from Country to Jazz and Pop.

He was born in Palestine, Texas, the youngest of five children born to Mr. and Mrs. W.Y. Ballew.

Gaining an interest in jazz at college, he teamed up with several of his fellow students to form a popular band that featured him on the banjo.

Before making movies, he jammed with Tommy Dorsey, Glenn Miller and the Dorsey Brother Brothers Orchestra. He later moved into radio on the show Shell Chateau.

Gene Autry, his contemporary, was also a singing cowboy, perhaps the most popular one in Hollywood.