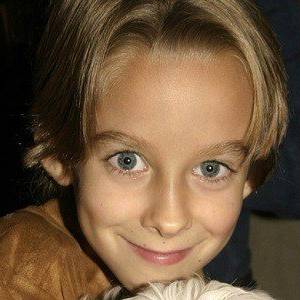 Sawyer Storm Sweeten (May 12, 1995 – April 23, 2015) was an American child actor, known for playing Geoffrey Barone on the sitcom Everybody Loves Raymond.

Sawyer Sweeten was an American child actor, best known for playing ˜Geoffrey Barone' in the hit ˜CBS' sitcom, ˜Everybody Loves Raymond.' Blessed with a career that could have touched superstardom in Hollywood and a talent that could have reached its vantage point in a few years, Sawyer Sweeten left the film fraternity devastated when he committed suicide at a very young age. He was only 19 years old when he shot himself while visiting a family member in Texas in 2015. He starred in ˜Everybody Loves Raymond' alongside his real-life twin brother, Sullivan, and elder sister, Madylin. He became a part of the sitcom when he was just 16 months old. His friends knew him as an anti-drug, shy, and quiet kid with good energy. Actor and comedian Ray Romano, Sawyer's former co-star, thought Sawyer was a wonderful and sweet kid to have around. Doris Roberts, who played Sweeten's grandmother in the sitcom, remembered him as a sweet young man. He had also appeared in an episode of ˜Even Stevens' in 2000 and in the movie ˜Frank McKlusky, C.I' in 2002.

He was born in Brownwood, Texas.

In 2000, he made an appearance in an Even Stevens episode titled "All About Yvette," playing the character Milton.

He played the son of Patricia Heaton on the widely popular show Everybody Loves Raymond.

● Sawyer Sweeten was born on May 12, 1995 (age 20) in Brownwood, Texas, United States ● He is a celebrity tv actor ● He joined movies and tvshows named Everybody Loves Raymond (1996 – 2005) and Frank McKlusky, C.I. (2002) ● In His career, Sawyer Sweeten has achieved an TV Land Impact Icon Award● He died on April 23, 2015, Austin, TX● The parents of Sawyer Sweeten are Elizabeth Anne Millsap, Timothy Lynn Sweeten● Sawyer Sweeten has 3 siblings in His family: Madylin Sweeten, Elliette Sweeten, Maysa Sweeten