Samuel Leroy Jackson is an American actor. One of the most widely recognized actors of his generation, the films in which he has appeared have collectively grossed over $27 billion worldwide, making him the highest-grossing actor of all time .He rose to fame with films such as Coming to America , Goodfellas , Patriot Games , Juice , Menace II Society , True Romance , Jurassic Park , and Fresh . Jackson continued gaining greater prominence for his collaborations with director Spike Lee in the films School Daze , Do the Right Thing , Mo' Better Blues , Jungle Fever , Oldboy and Chi-Raq and in the Quentin Tarantino films Pulp Fiction , Jackie Brown , Django Unchained , and The Hateful Eight . For his role in Pulp Fiction, he was nominated for the Academy Award for Best Supporting Actor.Jackson is a highly prolific actor, having appeared in over 150 films. His other roles include Die Hard with a Vengeance , A Time to Kill , Hard Eight , Eve's Bayou , The Red Violin , The Negotiator , Unbreakable , Shaft and its 2019 sequel/reboot, Coach Carter , Snakes on a Plane , The Other Guys , Kingsman: The Secret Service , Kong: Skull Island , and Glass . Jackson also won widespread recognition as the Jedi Mace Windu in the Star Wars prequel trilogy , later voicing the role in the animated film Star Wars: The Clone Wars and alongside in the video game Lego Star Wars: The Clone Wars. With his permission, his likeness was used for the Ultimate version of the Marvel Comics character Nick Fury; he subsequently played Fury in 11 Marvel Cinematic Universe films, beginning with a cameo appearance in Iron Man , as well as guest-starring in the television series Agents of S.H.I.E.L.D. He will reprise this role in the upcoming Disney+ series Secret Invasion, which is set to premiere in 2022.Jackson has provided his voice for several animated films, documentaries, television series, and video games, including Lucius Best/Frozone in the Pixar films The Incredibles and Incredibles 2 , Whiplash in Turbo , the title character of the anime television series Afro Samurai , and Frank Tenpenny in the video game Grand Theft Auto: San Andreas . In 2016, Jackson served as the narrator of the acclaimed documentary I Am Not Your Negro based on James Baldwin's writings.

Samuel L. Jackson is one of the most illustrious Hollywood actors and has appeared in as much as 100 films in his career. He left behind a difficult childhood to become one of the most successful Hollywood stars. Abandoned by his father when he was a child, he also suffered from stuttering. But with determination and hard work he moved on to pursue a career in acting. His career kick-started with small roles in films like ˜Goodfellas', which put him in the spotlight and which earned him more prominent roles in movies like ˜Jungle Fever', ˜Patriot Games', ˜True Romance', ˜Jurassic Park' and ˜Pulp Fiction'. Since then, he has received several nominations and awards for his roles in films. Apart from his acting career, he was involved in the Civil Rights Movement and was politically active when he campaigned during the 2008 Democratic Primary for the-then senator, Barack Obama. He is also a humanitarian and started his own charity organization called ˜Prizeo' as a part a campaign to raise money to fight Alzheimer's disease. Jackson is known for his characteristic Kangol hats in his films and his ˜tough-nut' roles in action films. He is one of the highest-grossing film actors of all times. Besides being an actor, he is also an accomplished musician, who can play bass instruments.

He married actress and producer LaTanya Richardson in 1980 and he has a daughter named Zoe Jackson.

He co-founded the acting group, Just Us Theatre, while in college, and later became the apprentice of Morgan Freeman. He was one of the ushers at Martin Luther King Jr.'s funeral.

He was cast as Nick Fury in Marvel's Avengers series, appearing in the Iron Man films as well as Thor and Captain America features. He was also cast as George Washington Williams in the 2016 film The Legend of Tarzan.

He starred in Pulp Fiction with John Travolta and had a supporting role in Django Unchained with Jamie Foxx. Both films were directed by Quentin Tarantino.

Samuel L. Jackson's house and car and luxury brand in 2021 is being updated as soon as possible by in4fp.com, You can also click edit to let us know about this information. 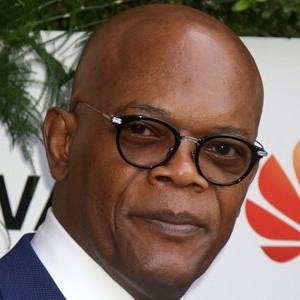