Samuel Shepard Rogers III was an American actor, playwright, author, screenwriter, and director whose career spanned half a century. He won ten Obie Awards for writing and directing, the most by any writer or director. He wrote 58 plays as well as several books of short stories, essays, and memoirs. Shepard received the Pulitzer Prize for Drama in 1979 for his play Buried Child and was nominated for an Academy Award for Best Supporting Actor for his portrayal of pilot Chuck Yeager in the 1983 film The Right Stuff. He received the PEN/Laura Pels Theater Award as a master American dramatist in 2009. New York magazine described Shepard as "the greatest American playwright of his generation."Shepard's plays are known for their bleak, poetic, surrealist elements, black comedy, and rootless characters living on the outskirts of American society. His style evolved from the absurdism of his early off-off-Broadway work to the realism of later plays like Buried Child and Curse of the Starving Class.

Samuel Shepard Rogers III was an American playwright, actor, and filmmaker whose contribution to film, theatre, and literature spanned half a century. Hailing from a family of educators, Shepard developed an attraction towards the works of Samuel Beckett, jazz, and abstract expressionism during his college years. In 1962, while in New York City, he was introduced to the Off-Off-Broadway theatre scene. He finished his first play, ˜Cowboys' in 1964. While in the initial years of his career, he was exclusively occupied with stage works, in 1969, he co-wrote the script for the family-drama ˜Me and My Brother'. Shepard ventured into acting in 1970 and over the years, established himself as a prominent character actor, first in films and later on television, even earning an Oscar nod for his performance in ˜The Right Stuff'. His impressive body of work went through distinct transformation as he matured as an author and intellectual, from the absurdism of his early days to the realism of his later plays. Regarded as one of the most influential playwrights and screenwriters of the modern age, he was awarded a Pulitzer Prize for Drama in 1979 and ten Obie Awards for writing and directing, the most received by any writer or director.

He had one son during his fifteen year marriage to O-Lan Jones. He later had two kids with actress Jessica Lange.

Also a musician, he was the drummer for the rock band The Holy Modal Rounders in the late 1960s and their music was featured in the road movie Easy Rider.

He received a Pulitzer Price in Drama for his play Buried Child in 1979.

He starred in The Right Stuff alongside Dennis Quaid. 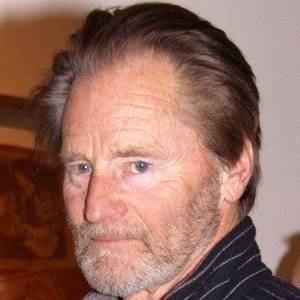