Sam Rybka is an Australian acrobat and dancer who performs with her twin sister, Teagan Rybka. They rose to prominence after they participated in the seventh season of 'Australia's Got Talent.' Sam and Teagan are now professional acrobat dancers and provide training sessions all over Australia and the US. They are also associated with the 'YouTube' channel 'Squared,' which is owned by social-media stars and twin sisters Brooklyn and Bailey. Sam and Teagan own a 'YouTube' channel of their own, which has earned over three million subscribers. Their tremendous flexibility and flawless synchronized acts have helped them gain international fame.

She and her twin sister are from Perth, Australia. She started dating Zac Spencer in 2017.

She was brought up training at the Debra McCulloch Dance Academy.

She and her sister have a YouTube channel called The Rybka Twins which has more than 3.3 million subscribers. She also has more than 400,000 followers on Instagram.

She competed on Australia's Got Talent season seven, the first hosted by Julia Morris. The band Uncle Jed ultimately won the competition.

Sam Rybka's house and car and luxury brand in 2021 is being updated as soon as possible by in4fp.com, You can also click edit to let us know about this information. 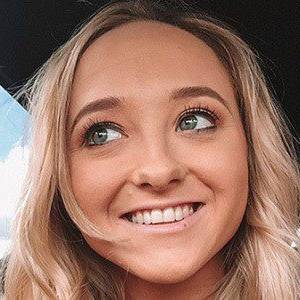