Saad Lamjarred (Arabic: سعد لمجرد; born April 7, 1985) is a Moroccan pop singer-songwriter, multi-instrumentalist, dancer, record producer and actor. He grew up in an artist family and became famous after his songs broke YouTube audience records, making him a major figure in Arabic pop, and the first singer to popularize Moroccan pop.

Award-winning Moroccan singer whose song "Enty Baghya Wahad" earned him an award at the Méditel Morocco Music Awards 2014. The song also won him the Murex d'Or for Best Arabic Song. At the 2014 MTV Europe Music Awards, he was nominated for Best Middle East Act.

He was born to father Bachir Abdou, a classical singer and mother Nezha Regragui, a comedian and actress.

He was four years old when he developed an interest in singing. He would sing his father's songs growing up. He studied music theory at the Conservatory of Music in Rabat, and in 2007, placed second on the popular Arabic television show Super Star.

As an actor, he landed a leading role in the soap opera Ahlam Nassim. His 2015 single "LM3ALLEM" earned him a spot in the Guinness Book of World Records for becoming the first music video to garner 100 million views on YouTube within three months of release.

He and Shatha Hassoun are both accomplished Moroccan singers.

Saad Lamjarred's house and car and luxury brand in 2021 is being updated as soon as possible by in4fp.com, You can also click edit to let us know about this information.

● Saad Lamjarred was born on April 7, 1985 (age 37) in Rabat, Morocco ● He is a celebrity singer ● His full name is Saad Bachir Lamjarred● His nationality is Moroccan● His successful albums are Wala 3alik, Khaleeji Seedah 2, Salina Salina, Spécial Fête DJ PS 6, Jalasate Maghrebia● His popular songs are Ghazali2018, Lamaallem2015 and Casablanca2018 ● The parents of Saad Lamjarred are Nezha Regragui, Bachir Abdou 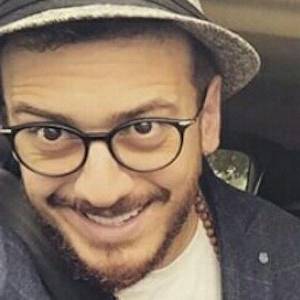