Former NFL wide receiver who played for the Detroit Lions and the Dallas Cowboys. As a member of the Lions in 2006, he was selected to his only Pro Bowl and led the league in receiving yards.

In high school, he was an all-state track athlete as well as an all-district baseball and basketball player.

He was named MVP of the Cotton Bowl Classic while playing for the University of Texas Longhorns in 2003.

Information about His net worth in 2021 is being updated as soon as possible by infofamouspeople.com, You can also click edit to tell us what the Net Worth of the Roy Williams is

He caught passes from Lions quarterback Jon Kitna during his stellar 2006 season.

Roy Williams's house and car and luxury brand in 2021 is being updated as soon as possible by in4fp.com, You can also click edit to let us know about this information. 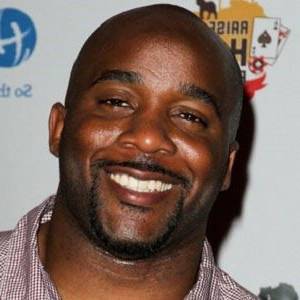