Music_Group: Scouting for Girls (Since 2005)

Frontman of the English pop band Scouting for Girls and songwriter. Since 2012, he has also started producing for well-known boybands such as One Direction and 5 Seconds of Summer.

He is an avid sports fan and has often taken his children to watch soccer and cricket games.

Like his fellow bandmates, he has been an ambassador for both the Wellchild children's charity and Help for Heroes.

Information about His net worth in 2021 is being updated as soon as possible by infofamouspeople.com, You can also click edit to tell us what the Net Worth of the Roy Stride is

He authored the hit single "Hole in My Heart" performed by Luke Friend .

Roy Stride's house and car and luxury brand in 2021 is being updated as soon as possible by in4fp.com, You can also click edit to let us know about this information. 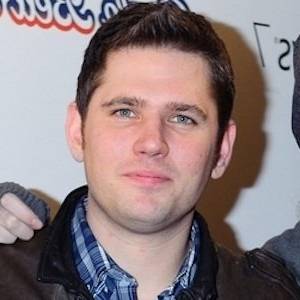