British stage, film, and television actor who won a Tony Award for his portrayal in the production of A Moon for the Misbegotten and was made an Officer of the Order of the British Empire in 2008.

During WWII, he served in the Royal Air Force and spent time in a German POW camp from 1942 until 1945.

He played the part of John Aubrey in the one-man show Brief Lives, a role that earned him a spot in the Guinness World Book of Records for greatest number of solo performances.

Information about His net worth in 2021 is being updated as soon as possible by infofamouspeople.com, You can also click edit to tell us what the Net Worth of the Roy Dotrice is

He appeared in the series, Hercules: The Legendary Journeys in 1998 with Kevin Sorbo . 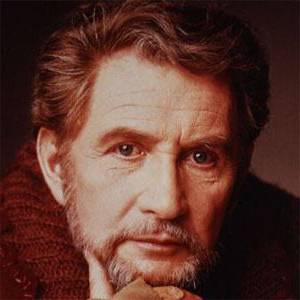