Ron Perlman is a seasoned American actor who has appeared in over 230 films and television episodes throughout the course of his career. Perlman is most known for his role as Vincent in the CBS fantasy drama series Beauty and the Beast, for which he won a Golden Globe. He has also appeared in a number of notable television episodes throughout the years, including Bonkers, Phantom 2040, and Mortal Kombat: Defenders of the Realm (as a voice artist). After voicing Joshua Sanchez in The Magnificent Seven, he went on to work as a voice artist on Teen Titans and Danny Phantom. Perlman has also acted in a number of films over his long acting career. In the fantasy superhero film genre, his portrayal of the titular character in Hellboy gave him superhero status. He has also appeared in popular films such as 'Enemy at the Gates,' 'Blade II,' 'Star Trek: Nemesis,' and 'Hoodlum & Son.' He was nominated for the Gotham Award for Best Ensemble Cast for his and the other actors' roles in the suspense film The Last Winter.

His mother Dorothy worked a municipal job and his father was a jazz drummer. He had two children with his wife Opal Perlman.

He was bullied as a child because of his appearance, but he took advantage of the situation while pursuing his acting career. He earned a bachelor's degree in theatrical arts from the University of Minnesota in 1973.

He won an Golden Globe Award for his portrayal of Vincent in the series, Beauty and the Beast.

Information about His net worth in 2021 is being updated as soon as possible by infofamouspeople.com, You can also click edit to tell us what the Net Worth of the Ron Perlman is

Hw was in Conan the Barbarian with Rose Mcgowan .

Ron Perlman's house and car and luxury brand in 2021 is being updated as soon as possible by in4fp.com, You can also click edit to let us know about this information.

Who is the best Hellboy? Ron Perlman Vs. David Harbour 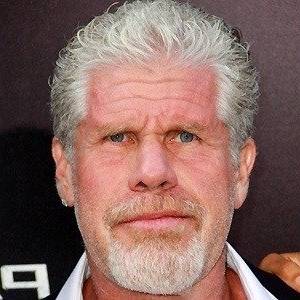