Román Skrýpin (born 27 May 1973) is a Ukrainian media manager, journalist, television host, a chief of the Ukrainian independent media union.

Ukrainian media mogul and journalist who is best recognized for his work with the Center of Creative Television as well as the private firm Agency of Producers. He is also recognized for being the Ukrainian Independent media union chief.

He was born and raised in Poltava and is married with a daughter.

He studied at the Institute of Journalism for Kiev University. He then started his career as a journalist working for the newspaper Ukraina Moloda in 1991. He gained further attention in 2006 when he became the co-founder of Channel 5 news.

He is also known for having founded his own internet television channel and news network called Hromadske.TV.

Other journalists from the Ukraine who are also recognized for having utilized online press outlets include Anatoly Shariy and Dmitry Borisov.

Roman Skrypin's house and car and luxury brand in 2021 is being updated as soon as possible by in4fp.com, You can also click edit to let us know about this information. 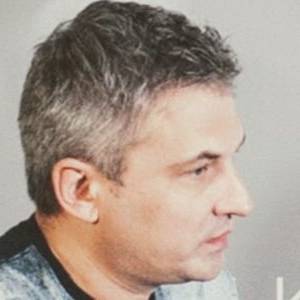