Frontman for the bands Agnostic Front and Roger Miret and the Disasters, he is a Cuban-American vocalist. Agnostic Front is regarded as one of the pioneers of the New York hardcore scene.

He and his wife Emily have two children together.

In the 1980s, he spent two years in prison and lived in poverty for the most of his young adult life.

He is a passionate supporter of PETA and has followed a vegetarian diet for many years.

Information about His net worth in 2021 is being updated as soon as possible by infofamouspeople.com, You can also click edit to tell us what the Net Worth of the Roger Miret is

He is the older half brother of Madball frontman, Freddy Cricien .

Roger Miret's house and car and luxury brand in 2021 is being updated as soon as possible by in4fp.com, You can also click edit to let us know about this information. 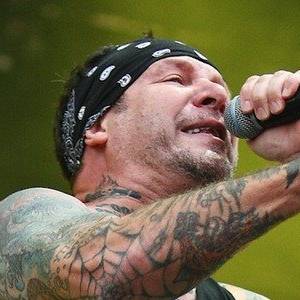