Cameroonian striker who guided his country to the World Cup quarterfinals in 1990, making them the first African side to do it.

He grew up in the capitol of Cameroon, Yaounde.

He joined the Douala Eclair club's development system and made his first team debut in 1970.

He was Africa's Footballer of the Year in 1976, winning two Cameroon league titles and the League Cup with Tonnerre.

Information about His net worth in 2021 is being updated as soon as possible by infofamouspeople.com, You can also click edit to tell us what the Net Worth of the Roger Milla is

His Cameroon team was defeated by Gary Linekar and the English national team in the 1990 World Cup quarterfinals.

Roger Milla's house and car and luxury brand in 2021 is being updated as soon as possible by in4fp.com, You can also click edit to let us know about this information. 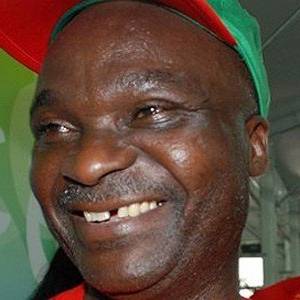