Books: Thanks a Lot Mr Kibblewhite - My Story

Roger Daltrey is an English musician and actor who is most known for being a former member of The Who. Roger is considered as one of the most famous characters in the English music industry, with a career spanning more than 50 years. Roger was at the height of his commercial and critical success in the 1960s, 1970s, and 1980s. He has 14 singles that reached the top of numerous major music charts during this time. He grew up in Acton, London, and built his first guitar out of a block of wood. He began his musical career with his own rock band in the mid-1960s. Roger was the band's primary vocalist. He went solo in the mid-1970s, releasing albums like "One of the Boys" and "Ride a Rock Horse." Roger has won several national and international awards. He is a member of the Rock & Roll Hall of Fame as well as the UK Music Hall of Fame. He has also received a 'Lifetime Achievement Award' from the British Phonographic Industry. For his acting debut in Tommy, he was also nominated for a Golden Globe.

He married Jacqueline "Jackie" Rickman on March 28, 1964; after their divorce in 1968, he married Heather Daltrey on July 19, 1971. He has three sons named Mathias, Simon, and Jamie and two daughters named Willow and Rosie.

His first guitar was a one-of-a-kind cherry red Stratocaster he crafted from a block of wood.

His performance trademark was swinging the microphone around by its cord during concerts.

Information about His net worth in 2021 is being updated as soon as possible by infofamouspeople.com, You can also click edit to tell us what the Net Worth of the Roger Daltrey is

Guitarist Pete Townshend wrote many of the lyrics sung by Daltry and also provided vocals for The Who on many occasions.

Roger Daltrey's house and car and luxury brand in 2021 is being updated as soon as possible by in4fp.com, You can also click edit to let us know about this information. 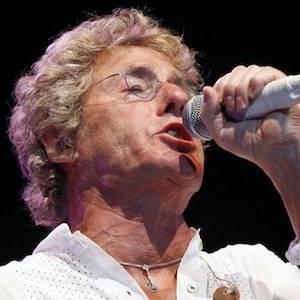