Retired English track and field athlete who competed in the 1996 Olympics and earned two silver medals in the 400 meter dash and the 4 × 400 meter relay.

He and his second wife, Julia Burgess, have twin sons, George and Max; he also has a daughter named Isabelle.

He dropped out of Southampton University to pursue his track and field career.

Information about His net worth in 2021 is being updated as soon as possible by infofamouspeople.com, You can also click edit to tell us what the Net Worth of the Roger Black is

He is alive and well and is a celebrity runner

He placed in second behind 400m runner Michael Johnson in the 1996 Atlanta Games.

Roger Black's house and car and luxury brand in 2021 is being updated as soon as possible by in4fp.com, You can also click edit to let us know about this information. 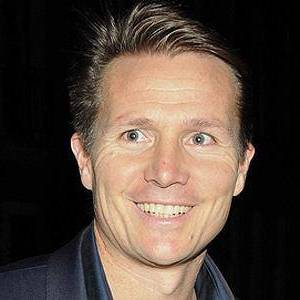