James Cleveland "Jesse" Owens (September 12, 1913 – March 31, 1980) was an American track and field athlete who won four gold medals at the 1936 Olympic Games.Owens specialized in the sprints and the long jump and was recognized in his lifetime as "perhaps the greatest and most famous athlete in track and field history". He set three world records and tied another, all in less than an hour, at the 1935 Big Ten track meet in Ann Arbor, Michigan—a feat that has never been equaled and has been called "the greatest 45 minutes ever in sport".He achieved international fame at the 1936 Summer Olympics in Berlin, Germany, by winning four gold medals: 100 meters, long jump, 200 meters, and 4 × 100-meter relay. He was the most successful athlete at the Games and, as a black American man, was credited with "single-handedly crushing Hitler's myth of Aryan supremacy".The Jesse Owens Award is USA Track and Field's highest accolade for the year's best track and field athlete. Owens was ranked by ESPN as the sixth greatest North American athlete of the 20th century and the highest-ranked in his sport. In 1999, he was on the six-man short-list for the BBC's Sports Personality of the Century.

James Cleveland Owens, or simply Jesse Owens as the world knows him, was one of the greatest sporting legends who has to his name several world records and achievements. His achievements in 1936 Berlin Olympics track and field competitions remained unmatched for a large period of time, making him as the most glorious track and field athlete of his days. However, sadly, much of the recognition and acknowledgement came late in life or mostly posthumously for Owens, due to the racism meted out to African American community in those days. Nevertheless, one can never overlook or forget his contribution in the 1935 and 1936 Big Ten Championships and most importantly the 1936 Berlin Olympic Games. His record at the 1935 Big Ten Championship in the long jump event with a leap of 8.13 m stood for almost 25 years before Ralph Boston broke it in 1960. Also, his four gold medals haul at Berlin Summer Olympics was equalled by Carl Lewis only in 1984. To commemorate his contribution and glorious feat in track and field, a Jesse Owen Awards was created to honor best track and field athlete by the US every year. It is the USA Track and Field's highest accolade that one can achieve. To know more about Jesse Owens life and sporting actions, read on.

He was together with Minnie Ruth Solomon from high school until his death.

Jesse was given that name since J.C. was difficult to understand due to his southern accent.

The Jesse Owens Award, named after him, is considered the highest honor for track and field athletes.

He won four track and field gold medals at the 1936 Olympics, a feat not match until Carl Lewis did the same in 1984. 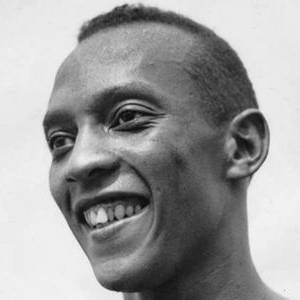