Actor who debuted in the silent film The Stolen Kiss in 1920 and went on to star in sound films like Meet John Doe. He also starred in the films Braveheart (1925) and Feet of Clay (1924).

He married Hungarian actress Vilma Banky in 1927 and they remained married until his death.

He began acting in the theater when he was just seven years old.

He retired from movies in 1941, having earned a star on the Hollywood Walk of Fame, and became a real estate broker.

Information about His net worth in 2021 is being updated as soon as possible by infofamouspeople.com, You can also click edit to tell us what the Net Worth of the Rod La Rocque is

He worked with actor Gary Cooper on the 1941 film, Meet John Doe. 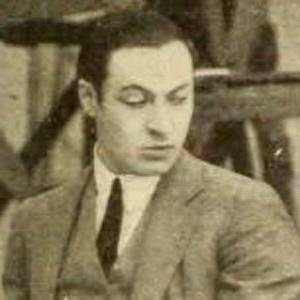