Humphrey DeForest Bogart , nicknamed Bogie, was an American film and stage actor. His performances in Classical Hollywood cinema films made him an American cultural icon. In 1999, the American Film Institute selected Bogart as the greatest male star of classic American cinema.Bogart began acting in Broadway shows, beginning his career in motion pictures with Up the River for Fox and appeared in supporting roles for the next decade, regularly portraying gangsters. He was praised for his work as Duke Mantee in The Petrified Forest , but remained cast secondary to other actors at Warner Bros. who received leading roles. Bogart also received positive reviews for his performance as gangster Hugh "Baby Face" Martin, in Dead End , directed by William Wyler.

Humphrey Bogart was an American screen actor best remembered for his roles in classic films like Casablanca, The Maltese Falcon, and The African Queen. He was born into a rich New York City family. Despite his parents' best intentions, he showed little interest in his education and was eventually dismissed from school for misbehavior. He joined the US Navy since he didn't know what else to do and then worked odd jobs until getting hired as a stage manager. He began obtaining modest acting gigs on Broadway in the early 1920s and progressed to starring roles by the middle of the decade. After the stock market crisis of 1929, he was compelled to relocate to Hollywood, where he faced another enormous job. He was first typecast as a mobster in B-grade films, but perseverance and hard work eventually triumphed. By the beginning of the 1940s, he had established himself as a leading man. He began to deliver hits after hits at this point. Many of his later works became movie classics, and he became a living legend.

He married his co-star and fourth wife, actress Lauren Bacall in 1945 and they remained together until his death. He was the father to two children. His father was Dr. Belmont Deforest Bogart, and his mother was Maud Humphrey. Bogart is the Dutch word for orchard.

He was dismissed from the prep school Phillips Academy after reportedly throwing the groundskeeper into the campus lake, Rabbit Pond. He served in the US Naval Reserve and ran a theater company, thereby destroying his hopes of entering Yale.

He became known for his signature voice and his tough guy persona.

He starred alongside Bette Davis in The Petrified Forest in 1936.

The Touching Item Humphrey Bogart Was Reportedly Buried With

The Tragic Life and Sad Death of Humphrey Bogart

How Humphrey Bogart Became a Star

How Humphrey Bogart Became A Legend 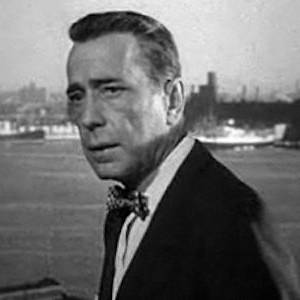