Fighter pilot in the United States Air Force during World War II and the Vietnam War.

He was married to actress Ella Raines for twenty-nine years.

When he was eight years old, he flew with his father in an open cockpit biplane.

He served as Commandant of Cadets at the United States Air Force Academy.

Information about His net worth in 2021 is being updated as soon as possible by infofamouspeople.com, You can also click edit to tell us what the Net Worth of the Robin Olds is

He was a stepbrother of famed author, Gore Vidal .

Military History and Aviation - 4 years ago

Who was Robin Olds?

Robin Olds: A hero, a leader, a father 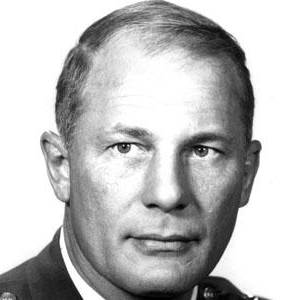