Son of the 27th President of the United States and a Senate Republican from Ohio who served in the Senate for a decade and a half but never achieved his presidential dreams. In 1953, he was elected Senate Majority Leader.

He was born in Cincinnati, Ohio, one of two sons of future president Howard Taft.

He went into law before WW I, during which he served as a counsel for several relief organizations.

Elected to the Senate in 1938, he staunchly supported Republican causes, denounced FDR's New Deal, and with the rise of Nazi Germany, argued for American isolationism.

Information about His net worth in 2021 is being updated as soon as possible by infofamouspeople.com, You can also click edit to tell us what the Net Worth of the Robert Taft is

His policy of isolationism proved less popular among his party than the internationalism of Thomas Dewey in 1948 and of Dwight D. Eisenhower in 1952. 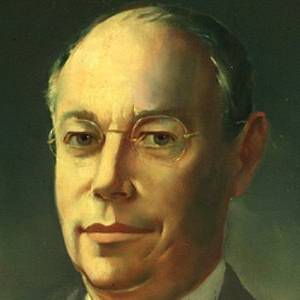