Dancer most recognized for his performance on FOX's So You Think You Can Dance reality dance competition series. In 2010, he competed in the show's seventh season and placed second runner-up.

He was born and raised in Thousand Oaks, California.

He joined Bad Boys of Dance, a modern ballet dance company, after graduating from high school. Before returning to California and participating on So You Think You Can Dance, he toured the United States and Europe with them.

In August 2015, he appeared on So You Think You Can Dance as a show all-star. In 2016, he appeared in a season 3 episode of the TV series Broad City as a dancer.

Information about His net worth in 2021 is being updated as soon as possible by infofamouspeople.com, You can also click edit to tell us what the Net Worth of the Robert Roldan is

He is alive and well and is a celebrity dancer

In 2011, he appeared as the dance partner of Demi Lovato during their routine to her song "Skyscraper."

Robert Roldan's house and car and luxury brand in 2021 is being updated as soon as possible by in4fp.com, You can also click edit to let us know about this information. 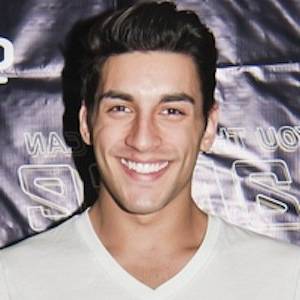