Ritchie Coster (born 1 July 1967) is an English actor. He is best known for playing the roles of Dietrich Banning in The Tuxedo (2002), the Chechen in The Dark Knight (2008), Elias Kassar in Blackhat (2015), Mayor Austin Chessani on the second season of the HBO anthology television series True Detective and Francisco Scaramucci / Mr. Blue on the SyFy television series Happy!.

Actor who has appeared in such films as The Dark Knight, The Bounty Hunter, American Gangster, Let Me In and Creed.

He was married to Jan Coster.

He attended Latymer School and he studied at the Guildhall School of Music and Drama.

He played the character Arthur Blisterman in CSI.

He was in American Gangster with Denzel Washington.

Ritchie Coster's house and car and luxury brand in 2021 is being updated as soon as possible by in4fp.com, You can also click edit to let us know about this information. 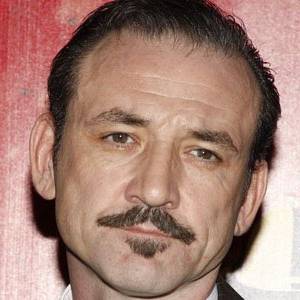